After many years of expectations, a new generation of footballers brought the Spanish national team to glory, with record achievements in the history of Spanish football.

Notably, the historic triumph at the 2010 World Cup in South Africa and the victory at the European Cup twice consecutively (2008-2012).

The exhibition will bring to life these moments through the use of jerseys from key players, videos of the most memorable moments and a spectacular statue of that specific moment that made history: minute 116, when Andres Iniesta overtakes Rafael Van der Vaart and scores the goal that made us World Champions.

A few examples of our valuable items: 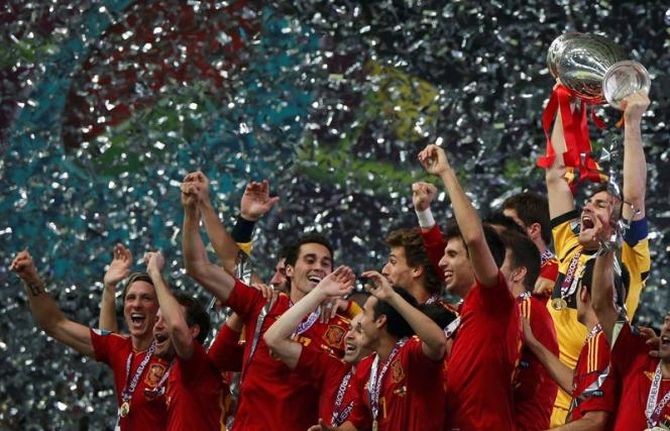 Samples of Spanish team jerseys since 1982

“If you never lose then you can never appreciate the victories”